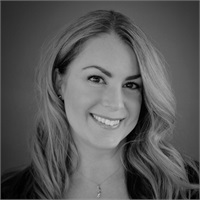 Kara earned her Bachelor of Arts degree from Assumption College, Worcester, MA. In 2002, she began her career in financial services with MetLife. Her primary role was as Marketing Director, but she was fortunate to be exposed to many sides of the business over six years. The wholistic view of managing an agency set an strong foundation for what was to come next.  In 2007, an opportunity to build a scratch General Agency with The Guardian was presented. Kara joined General Agent Gary DeStefano and together they built Living Legacy Financial Group, Inc. Her primary roles were in Marketing and Finance, but along the way she wore any hat she needed to and embraced all aspects of building a business from scratch – including licensing, training, underwriting, case management, illustration design, and contract management.

Kara has been recognized as a Leader’s Club Qualifier, and as a recipient of the Presidential Citation Award at the Agency Development Award level. In addition, she was a course moderator for The American College, and has earned the designation of LUTCF (Life Underwriter Training Council Fellow) through The American College. Kara holds a Series 6 , as well as Life, Accident, Health insurance license in MA. She is a Registered Representative with Park Avenue Securities and a Financial Representative of Guardian.  Kara’s primary role at National Financial Network is Marketing Director for a team of advisors focused on the medical marketplace.

Those who know her would agree that she “dresses happy” or is “most brightly dressed” at work each day. She enjoys the artwork, color, and style that living in Lilly Pulitzer brings to her life.   A diehard fan of Bruce Springsteen & the EStreet Band, she has seen him live over 40 times, and his songs and lyrics have shaped her and have been the soundtrack to her life.

Kara and her boyfriend, Corey, reside in Amesbury with their daughter, Hailey Marie, and their fur-child, Stella.