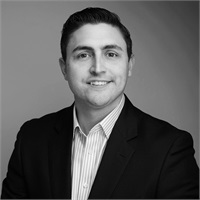 Michael has spent his entire career in Financial Services working in roles focused on understanding, assessing and building business. After time as a Financial Advisor at a boutique investment firm and in Home Office roles at MetLife in strategic planning and field support, Michael joined the Guardian Life Insurance Company in 2012 to help build new financial planning offices around the Eastern half of the U.S.

Michael joined National Financial Network in 2014 as a Managing Director responsible for development of the NYC market as well as oversight of the firm’s development, marketing and recruiting strategy across the organization. Michael achieved the coveted Guardian Presidential Citation Award in both 2016 and 2017 at the Platinum level – including being the #1 Points Leader in 2017 – before being promoted to Associate General Agent in 2018 and taking his current role as Chief Executive Officer in 2020.

Michael enjoys working with financial advisors of all experience levels to help them build high level financial services practices. His experience and education has given him a broad perspective on what does and doesn't work and he is excited to have the ability to make an exponential impact by coaching the advisors of tomorrow.

Michael graduated with his BS in Management from Rensselaer Polytechnic Institute, Troy, NY and earned his MBA with distinction from New York University’s Stern School of Business with a specialization in Finance, Marketing and Management. He has also earned the CLU & ChFC designations from The American College in Bryn Mawr, Pennsylvania.

Michael is a die-hard Yankees fan and enjoys spending time out of the office with his wife and daughters.