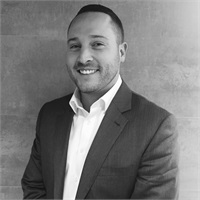 Paul has been working within talent acquisition for over 4 years. Prior to joining NFN Paul was working with one of the largest staffing companies in the world. As a Staffing Manager, he recruited Accounting and Finance professionals with intentions of placing them in roles to help advance their careers. Paul has also worked in an accounting capacity which helped launch his career in staffing.

After exploring accounting, he realized he needed to be in a role that allowed him to leverage his passion for building relationships and being in front of people. He was fortunate to find an opportunity in staffing which allowed him to help others find the right career just as someone had done for him in the past. Paul is from Staten Island where he lives with his fiancé Amanda. He received his MBA from Wagner College and attended Union College in Schenectady, NY for undergraduate school. In his spare time Paul participates in a men’s football league and enjoys being active.