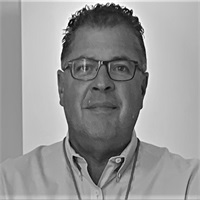 After graduating from LaSalle University (1985) with a BS in Accounting, Vince started his career in public accounting first with firm of Laventhol & Horwath and then Simonson, Lipschutz & Fogel, both located in Philadelphia, PA. He obtained his CPA and CFMA licenses in 1987 and is a member of both the AICPA and PICPA.

Subsequent to public accounting Vince began to work for one of his clients, Royal Paper Products, Inc. (a distributor of disposable products in the foodservice industry) where for 21 years he was the Chief Financial Officer and for the last 3 of those years was also the President.

In 2016 Royal was purchased by a private equity firm and the business was renamed AmerCareRoyal, LLC. From 2016 thru February of 2020 Vince was the Chief Financial Officer. At the time of his retirement gross sales of AmerCareRoyal were approximately $450M and they employed over 350 employees in 4 countries.

Vince resides in Doylestown, PA, New York and Fort Myers, FL with his wife Celeste. They have two grown sons, Matthew & Nicholas. He enjoys traveling, playing golf and spending time together with his family.