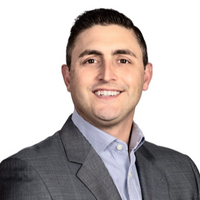 Michael Maresca has spent his entire career in the Financial Services Industry working in roles focused on understanding, assessing and building businesses. After spending the first two years as a financial advisor at a boutique NYC investment firm, he was recruited to MetLife to work in their Home Office holding several positions each with increasing responsibility and a greater focus on field results. Most notably, Michael worked with 25 firms across the United States assessing, selecting and on-boarding experienced financial advisors and, before his departure in 2012, helped developed strategy for delivering the advisor teaming and succession planning platforms in an effort to drive advisor productivity.

In late 2012, Michael joined the Guardian Life Insurance Company of America as the Field Director for the Eastern Region where he was responsible for launching & developing new agency heads into the company. In this role, Michael was involved with all facets of the new agency development including the recruitment and development of financial advisors, development of management & staff and sound financial management & business planning.

He joined the National Financial Network in 2014 as a Managing Director and was responsible for the identification, attraction and development of financial advisors in the NYC marketplace as well as responsibility for the firm’s training & development strategy and oversight of marketing and recruiting across the organization. Michael achieved the coveted Guardian Presidential Citation Award in both 2016 and 2017 at the Platinum level – including being the #1 Points Leader in 2017 – before being promoted to Associate General Agent in 2018 and taking his current role as Sr. Managing Partner in 2020.

Michael graduated with his BS in Management from Rensselaer Polytechnic Institute, Troy, NY and earned his MBA with distinction from New York University’s Stern School of Business with a specialization in Finance, Marketing and Management. He has also earned the CLU & ChFC designations from The American College in Bryn Mawr, Pennsylvania.

Michael grew up in Staten Island, New York and currently resides in Westchester County, NY where he lives with his wife, Joanna, and two daughters, Leila and Olivia.